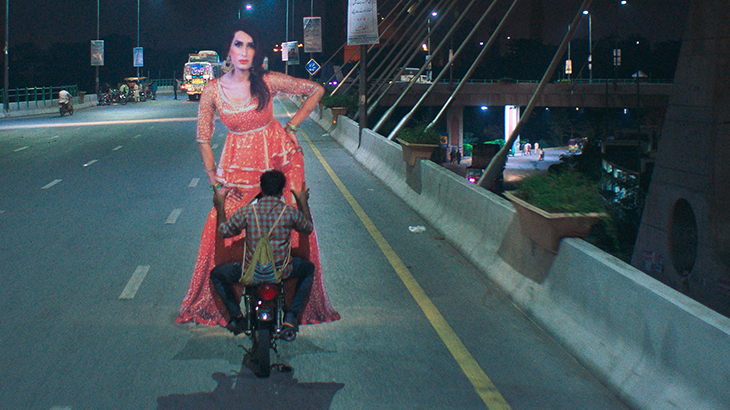 In the Queer Lisboa 26 Feature Film strand, Brazilian cinema is highlighted with new films by Gustavo Vinagre and Fábio Leal. After having jointly won the Best Film Award at Queer Porto 7, in 2021, they return this time to the Lisbon edition of the festival; Vinagre to present Três Tigres Tristes, a wandering tale, sometimes raw, sometimes surreal, of a youth in search of itself, in a merciless and dystopian São Paulo (winner of the Teddy Award in the last edition of the Berlinale); and, by Fábio Leal, Seguindo Todos os Protocolos, which narrates the mental abyss of those who want to comply with the prescribed health instructions, but also have sexual intercourse during the pandemic.

Spanish director Adrián Silvestre also returns to the festival - after winning this competition in 2016 and deserving a special mention for his documentary last year - this time with the hybrid Mi Vacío y Yo, one of the most celebrated films at the queer film festival circuit this season, and where he balances with humor and poignancy the story of Raphi, who, from amazement to amazement, is building herself as a woman.

The Pakistani feature film Joyland, by Saim Sadiq, is certainly another of the most relevant titles in this edition. The recipient of a double award in Cannes (including the Queer Palm), the film takes us to a seemingly irreconcilable environment in the city of Lahore, where the traditional and patriarchal family collides with the exuberant promise of a trans community in growing affirmation.

The Competition also welcomes the return to the big screen of Argentine filmmaker Leonardo Brzezicki, with Errante Corazón, starring a flawless Leonardo Sbaraglia; as well as the Finnish fiction Girl Picture, which marks the debut of director Alli Haapasalo, and which tells us about the emergence of love and sexuality in the lives of three teenage girls. A few days after being screened at São Jorge, this title will also be available on Filmin Portugal.

Below, the complete list of the eight titles in Competition: