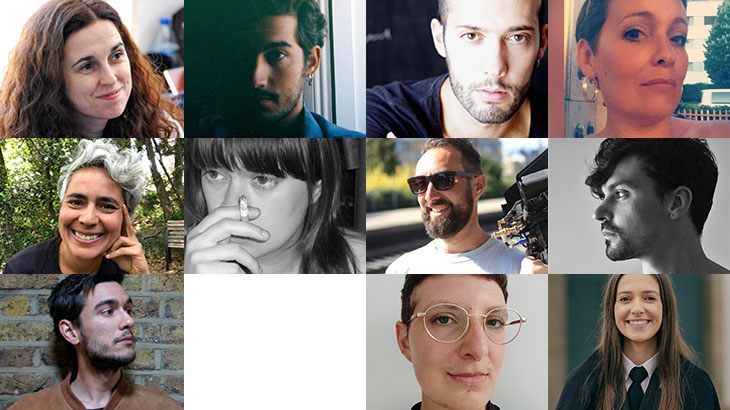 In the Casa Comum Award, the jury is Ana Gabriela Cabilhas, President of the Students Federation of Porto, psychologist Jorge Gato, and researcher Marinela Freitas.

Also, Queer Porto 7 will be attended by a significant number of guests, including filmmakers, producers, and other film industry professionals.

Fred Baillif, Isabel de Abreu Cannavo and Anaïs Uldry, filmmaker and protagonists of the film The fam, will be present in Porto for presenting their filme, winner of the Generation 14plus Competition of the last edition of Berlinale and that makes part of our Official Competition. Also in this Competitive strand, we will welcome Raquel Marques, who competes with Times of Desire, and Monika Treut, competing with Genderation, and that will be also present at FBAUP for an special screening of her classic documentary Gendernauts, that will be followed by a masterclass.

In the "In My Shorts" - Portuguese Schools Short Film Competition, we will welcome filmmaker Rúben Sevivas (Above), filmmaker Mariana Bártolo (Meek), filmmaker Claudia Moreno, and the DOPs from Sibelle Lobo's More than Blood, Inês Costa and Alexandra Neves.

In the Casa Comum Award section: filmmaker Flávio Gonçalves will present Nightender, performer and filmmaker Diego Bragà will do the same with Geography of Love. Vol I, and also present will be artist and filmmaker Pedro Barateiro (Monologue for a Monster), filmmaker Paulo Patrício (Your Name Is), Catarina de Sousa (filmmaker of Tracing Utopia and produccer of The Bite), filmmaker André Murraças (The Red Trinket), and two representatives of the film Shipwreck: filmmaker Sebastião Varela and producer Diogo Varela Silva.

The full list of jury and guests can be found here.