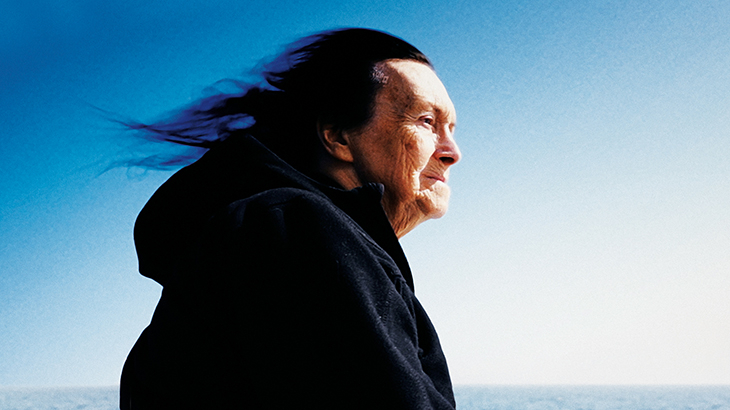 After an atypical previous edition due to the pandemic, Queer Porto returns, regaining some of the premises that founded the Festival: to work with several venues across the city. Besides Teatro Rivoli, we have programs at Reitoria da Universidade do Porto, Faculdade de Belas Artes, Maus Hábitos and mala voadora. We also retrieve the idea of programming parallel activities such as masterclasses and performances, plus the creation of a new competition section, in partnership with the Reitoria da Universidade do Porto, the Casa Comum Award, dedicated exclusively to Portuguese queer cinema.

The Opening night will host Bo McGuire’s most recent documentary feature Socks on Fire, a cinematic love letter from a grandson to his grandmother, which unveils the struggle between a homophobic aunt and a drag queen uncle, over a property. For Closing Night, we present Au coeur du bois, by Claus Drexel, shot in Paris' Bois de Boulogne, a documentary that focuses on the sex workers that inhabit the mythology of this enchanted park.

Another highlight is the presence in Porto of German filmmaker Monika Treut, a key artist of European New Queer Cinema since the 1980s, who will present her most recent Genderation, a documentary that, 30 years later, revisits the protagonists of her classic Gendernauts, from 1986, also included in the program of the present edition, and which will be followed by a masterclass with Treut at FBAUP.

As in Lisbon, Queer Focus, taking place at the Reitoria da Universidade do Porto, will include a series of debates after the screenings. The City Was Ours. Radical Feminism in the Seventies, by Netty van Hoorn, will be followed by a conversation with Ana Luísa Amaral, poet, emeritus professor, and a pioneer in feminist and queer studies at FLUP; Cured, by Patrick Sammon and Bennett Singer, will be followed by a talk with Jorge Gato, clinical psychologist, and a professor at FPCEUP, and Mia de Seixas, representing Rede Ex-Aequo Porto. The subject of a special screening in Lisbon this past month of May to celebrate the World Day Against Homophobia, Transphobia and Biphobia, Famille tu me hais, by Gaël Morel, is a portrait of a group of youths expelled from their family homes due to their sexual orientation and fostered by the Le Refuge association. The screening will be followed by a conversation with Telmo Fernandes, sociologist, and a member of ILGA Portugal, and Paula Allen, psychologist, and technical director of Centro Gis.

In the Official Competition, some of the highlights are Tiempos de Deseo, a documentary by Raquel Marques, who follows the gestation of her ex-partner in a subtle exercise of intimacy; La mif, by Fred Baillif, awarded Best Film at Berlinale's Generation this year, takes us into a foster home for teenage girls, uncovering the many faults of State guardianship politics; and Deus tem AIDS, by Gustavo Vinagre and Fábio Leal, an assortment of gestures, incitements and testimonies by Brazilian HIV-positive performance artists. The jury of this competition are filmmaker and programmer Amarante Abramovici, actor and programmer Daniel Gorjão and artist larose s. larose.

The same jury will award the In My Shorts Competition, which this year broke the record in received submissions by Portuguese school films. From Escola Superior de Teatro e Cinema, Buganvílias, by Diana Filipa, is a film that unleashes anxieties through fluorescent metaphors, and from Universidade da Beira Interior, Rúben Sevivas’ Sobrevoo, is a meta-commentary and the recovery of another film that was condemned not to be made, and Sibelle Lobo's Mais que Sangue, is a poetic exercise that submerges us in ritualistic worlds.

A new competition dedicated to Portuguese queer cinema, the Casa Comum Award, will open space to a more attentive gaze upon recent queer film production in Portugal, and its many narrative and aesthetic proposals. Tiago Resende, in Películas, pays homage to the Viseu born poet Luis Miguel Nava; André Murraças also revisits a part of our history by re-enacting a short story by António José da Silva Pinto, in O Berloque Vermelho; and Paulo Patrício pays tribute to Gisberta, adding a new light to this hate crime in O Teu Nome É . The program is completed by six more short films.

colectivo PROMETEU will be with us again for our 7th edition, taking over Maus Hábitos during the week of the festival, with a program that seeks new ways towards humanization and quest.

And at mala voadora, Dinis Machado performs their most recent piece, Yellow Puzzle Horse. With an original soundtrack by Odete, the performance is “a dance for a self-made dress in a constructed forest”; a landscape that takes us to the genesis of this project, in which matter is transformed through movement, light, what is heard, the body itself.